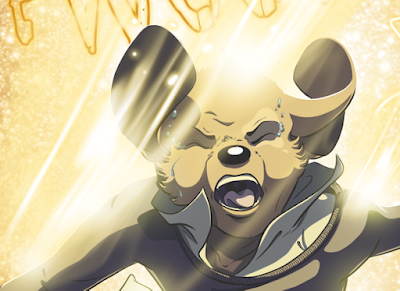 RCSI is still trying to figure out what makes one person able to wield magic and not another. In the 1940s / early 1950s it was thought one’s birth and lineage was the key. But as years passed and more people with magical abilities started to pop up, it became obvious that wasn’t the case. The current theory, in Max and Ruby's time, is that a strong essence - one's willpower, conviction, love, faith, and fortitude - is the key to magical ability.

That being said, having a strong essence doesn’t guarantee an ability to use magic. Max, Roderick, and Allen all have strong wills and radiate a lot of magic, but can’t wield it. Lord Saeran Midaugh, the Astorian who was friendly towards Max and Ruby, also has a strong essence, but very limited abilities with magic.

Some in the Magical Department of RCSI claim that a person must be strong in all areas - willpower, conviction, love, faith, and fortitude - in order to control magic. The higher their strength in these areas, the more power they can draw on. Others point to mages who willingly use their abilities to commit heinous acts as examples of why this theory doesn’t work. Members of another camp still stubbornly stick to the lineage idea, voicing the theory that there are likely a number of people walking around with distant ancestors who, at one time or another, were of noble blood. Yet others argue that the idea smacks of classicism and such an antiquated notion has no place in modern society.

This usually leads to an intense debate, making the Magical Department one of the areas most avoided by agents, second only to Dr. Najir’s office.

If we were to ask anyone else in RCSI, they’d say it’s simply the luck of the draw who gets to wield and who doesn’t.
Posted by Darc Sowers at 5:07 PM